Fat Margaret is a cannon tower in Tallinn Estonia.  As the name implies, the tower is much broader than any of the other city towers.

The short, fat tower was completed in the 1530s.  It constituted the final portion of the Tallinn City Wall to be constructed.

Fat Margaret Tower is part of the city gate (Great Coastal Gate) that connects Medieval Tallinn to the harbour. 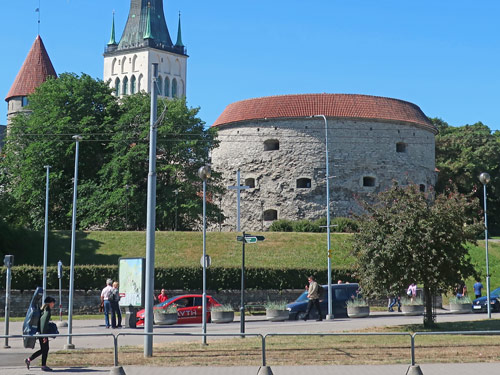 The tower is currently home to the Estonian Maritime Museum.  The museum focuses on the history of ships and navigation in Estonia.

The same building also contains a mine museum as well as exhibits on the city's rich history.

Don't miss the stunning view from the top of the tower.